On the 100th Anniversary of the Tulsa Race Massacre, It’s Time to Commit to Black-Owned Businesses | Opinion 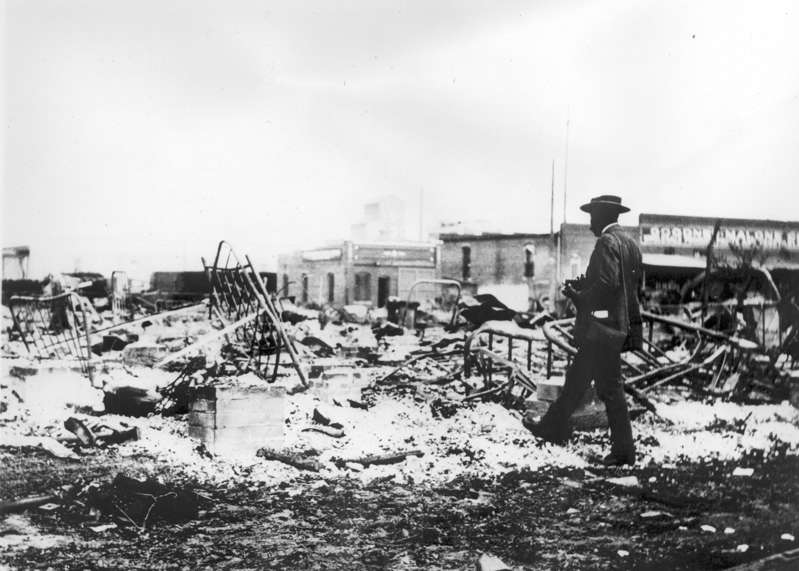 A young man in Alabama bought a sawmill in the early 1940s, becoming the first Black man to own one in the state. In 1946, the sawmill was intentionally burned to the ground. Since banks and insurance companies had refused to work with him because of the color of his skin, he lost every dollar he put into the business.

That young man was my grandfather, Obie Scott, father to my mother, Coretta Scott King.

His story is not unique in our nation’s history and unfortunately is one of many untold stories of the foundation of systemic racism that afflicts Black businesses and families to this day.

This week marks the 100th anniversary of the Tulsa Race Massacre, a tragic event that for too long went ignored and unrecognized by history. The victims of this massacre deserve to be recognized with dignity and respect. And we should not only commemorate them and many others whose dreams were snuffed out in the fires of racism, but we should take action today to remove barriers that block Black business formation and growth and opportunities for Black entrepreneurs.

Black business owners in Tulsa populated the Greenwood neighborhood often referred to as Black Wall Street. In 1921, a white mob burned 35 blocks of the business district and neighborhood homes to the ground, killing an estimated 100 to 350 Black citizens. The accurate number of casualties is still unknown due to burials in mass unmarked graves. The residents and business owners who did survive faced the same racist practices as my grandfather and were denied insurance claims on top of the loss of their entire community as they knew it.

This anniversary, falling in the same week as the one-year anniversary of George Floyd‘s murder, should serve as another reminder that many obstacles put in place to suppress Black Americans and reinforce oppression remain today.

The Black Lives Matter protests last summer awakened many Americans to the reality of the uphill climb facing Black businesses as they seek to gain economic success, have their products placed on store shelves, be accurately represented in advertisements, gain seats on company boards, and reach equal representation in C-suites. Calls for increased justice in the wake of the murders of George Floyd, Breonna Taylor, Ahmaud Arbery and many other victims, led to increased support and attention for Black-owned businesses across the country. In April, Yelp reported that searches for Black-owned businesses increased by 3,085 percent last year. But over the course of time, the public’s attention has turned to other issues, while the need to support Black-owned businesses remains the same.