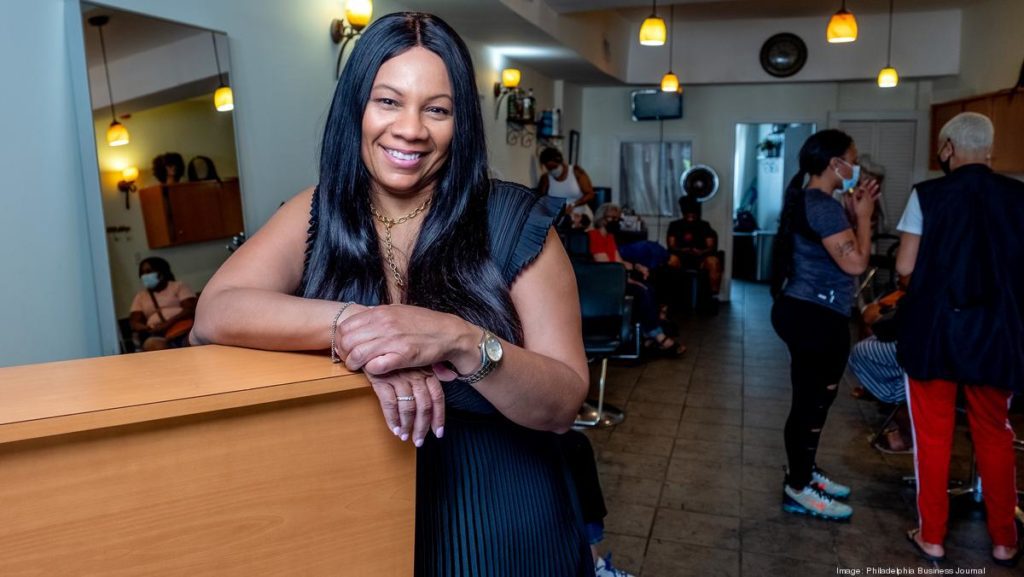 In last week’s cover story, the Philadelphia Business Journal explored the current opportunities and challenges that local minority businesses face as the world prepares to exit the pandemic era. Four such businesses shared their pandemic stories with us. Here is one of those stories:

Anne Turner has operated Hair Du Jour Salon in West Philadelphia for the past five years. As a self-employed proprietor, she said the pandemic shutting down her business for a month was devastating.

Already reeling from that, Turner watched as many of her friends in West Philadelphia saw their salons, barbershops and other businesses damaged during the rioting that followed the murder of George Floyd by a Minneapolis police officer last year. Soon the local salon and barbershop owners discovered that most had their PPP loan application denied. In response, they created PA Professional Image Alliance, a personal services advocacy and education organization whose membership now includes over 150 Black- and brown-owned hair salons, barbershops and beauty professionals.

Turner said the group’s motto is simple: “We will figure it out.” What they figured out was how to get personal protective equipment, enhance ventilation and security systems, organize a series of education programs and assistance with grant proposal writing and business operations.

The advocacy and direct business support played a major role in city and state funding for small minority businesses and has enabled over 75% of PA Professional Image Alliance member businesses to obtain funding from state, local and private sources as well as tangible resources in support of doing business safely during the pandemic.

“We have become a resource center for the local beauty industry without being condescending,” Turner said.

Serving as an advocate and advisor, Burnett said when the group realized so few received PPP loans last year, he worked with them on the application process and helped secure grants.

“No one got anything in the first round,” Burnett said. “But after six months, they got organized with tax returns, licenses and other things so they were ready when the PPP started up again this year.”

Turner said Hair Du Jour is still at about 30% to 40% capacity and that many of her customers are older and hesitant about coming into the salon.

“Staffing has also been a big issue,” Turner said. “We need to hire people so we can scale up.”

“I think there is more energy now,” Burnett said. “You aren’t going to change things that didn’t happen before. But you can change things moving forward by investing in communities of color.”